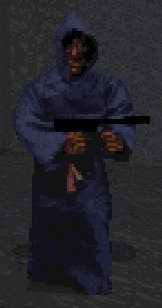 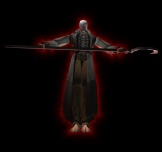 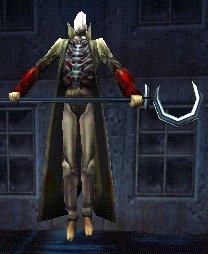 "No one knows why they cover their faces. Many claim they no longer need normal senses. Others say that it is so they don't have to be forced to look upon the faces of other, lesser, Cabal members, maybe it is simply an intimidation tactic. The most likely answer is that what they saw during their transformation ritual so taints them, they fear looking upon the world with natural eyes."--Blood II: The Chosen Instruction Manual