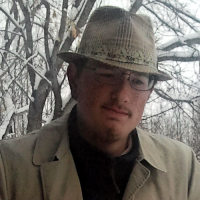 In addition to his Blood stories he has also contributed to The Expanded Cannon for Shogo: MAD, including five short stories, two novellas, and one full length novel, the latter three making up an interlocking trilogy of developing stories.