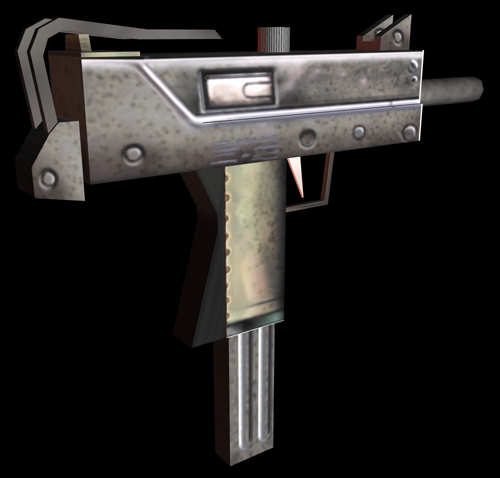 "The Mac-10 has a much higher firing rate than the pistol since it can go full auto, but is very inaccurate. It can be fired dual-handed. The alt fire in single-handed mode allows the player to fire short, three-round bursts with increased accuracy by using the arm stock. There is no dual-handed alt fire."--Blood II: The Chosen Manual

The MAC-10 Sub Machine Gun (also wrongly known as the Uzi) is a weapon in Blood II: The Chosen. It has a high firing rate for the cost of accuracy. Its greatest disadvantage is that it consumes ammo at an extremely high rate. Cultists and Fanatics are often seen carrying this weapon. 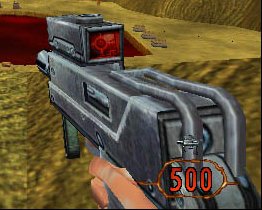