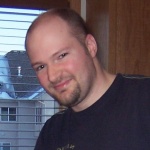 "Eric J. Juneau is one of America's most prominent up-and-coming writers (no, he's not). He was born in Minnesota in 1981 and lived in the metro area until going to college in Eau Claire, WI (ooh, college boy) to learn computer programming (he surfs the web all day). Although he has few writing credits to his name (that's for sure), he has written several novels (I've read them, they suck) and is currently seeking an agent. He received an honorable mention in the 2010 Writers of the Future contest (just means he was the best of the losers). What are you doing? (who me?) Yes, you. You keep interrupting me. (No, I'm not. That's someone else in the parentheses.) No, it's you, cut it out. How am I ever going to get an agent if you keep badgering me in my own biography? (If you were good enough to get an agent, you wouldn't need to write your own biography.) I swear to God, I'll come in there! (I'd like to see you try!)"--Amazon Author Profile

Eric J. Juneau is a Bloodite, most known for his contributions to Blood fan fiction, as well as his contributions to Planet Blood. He is considered to be one of the most prominent authors in the Blood fan fiction community, alongside other peers such as Winston Branyon, author of Dinner with the Preacher. He pioneered writing about the time period before Tchernobog's betrayal of the Chosen, a topic later taken up on occasion by Hamish Paul Wilson.

His magnum opus is called Blood: I Live Again which he wrote during high school. The story uses original characters, but draws influence from the Blood storyline. It takes place in modern times with four high school students who have remarkably similar personalities to the Chosen, and become involved in a dark ritual. He spun off a series of shorter stories involving these characters in the Dead Reckoning series. After years of rumours about a sequel to this work, Blood 2: The Unforgiven was released adding a new main character and having even more direct tie-ins to the Blood and Blood II storyline. It is presently by far the largest piece of Blood fan fiction ever produced.

His other Blood works are shorter stories, but feature the actual characters from Blood in more prominent roles.

Eric now works as a software engineer, but continues to write in his spare time, though he remains unpublished to this day outside of a few works that have made their way into compilations. He contributes to the Blood Wiki as The Wallflower. 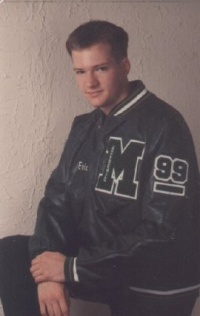