E6M8: Beauty and the Beast 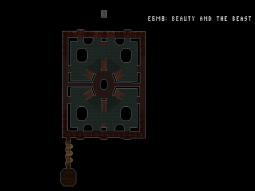 "Enter into battle in the Chosen's Training Ground & encounter the new final boss, The Beast whose stomping feet will make your screen rock and whose talons will rip your flesh to bits!"--Plasma Pak promotional

Beauty and the Beast (E6M8) is the eighth and final level of Plasma Pak, an expansion for Blood, also known as episode 6. It is also the final level of the canonical "Blood 1" story arc, then moving onto Blood II. This level takes place in a locked training ground, where you must fight the three Beasts. 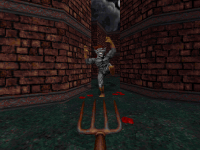 Beauty and the Beast

"Kill all the Priests. When they're all dead, a wall will lower in the center of the map to reveal the symbol to end the game."--Baytor's Guide