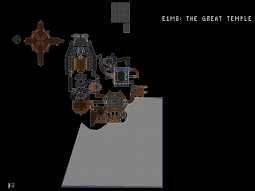 The Great Temple (E1M6) is the sixth level of the first episode in Blood. The level resembles an ancient temple, possibly owned by the Cabal. It has several built-in traps reminiscent of Indiana Jones. 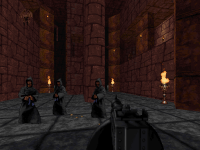