The game can be ran without the Doom II master WAD through the use of the Freedoom master WAD. The Doom engine is free software under Version 2 of the GNU General Public License while the sounds, graphics, and music used in Blood TC are proprietary and are owned by Monolith Productions, id Software, Raven Software and others. These are used under the terms of fair use for non-commercial purposes. 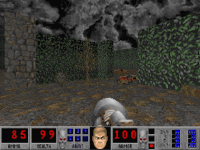 After defeating Tchernobog, Caleb decides to return to his grave for a little macabre relaxation. However, while he is resting he ponders on his former masters defeat and comes to the conclusion that it was all too easy (this plot could be derived from the common sentiment that Tchernobog is too weak in the original Blood, which lead to a tweak in version 1.11), almost as if the god had wanted Caleb to defeat him. Caleb then hears the voice of the Dreaming God inside his head once again. Tchernobog had survived, nursed his wounds and rebuilt his power while Caleb was resting! It is time, Caleb decides, to awake and finish his betrayer off once and for all! Whether the Cabal like it or not... 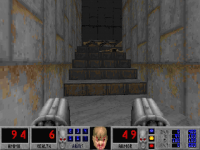