From Blood Wiki
(Redirected from Berreta)
Jump to navigationJump to search 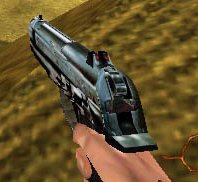 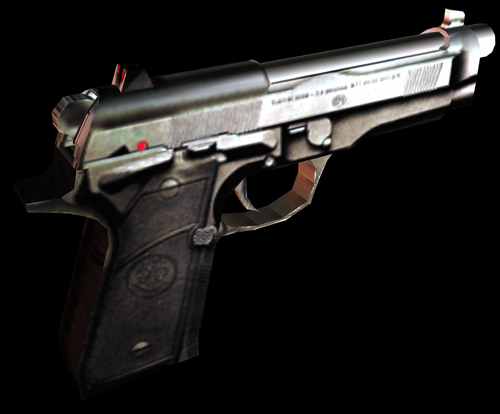 "The pistol has a good rate of fire, medium range and accuracy, and low damage. This is an introductory weapon that is light enough that anyone can use it. This weapon can be fired dual-handed if the player has a high enough strength value."--Blood II: The Chosen Manual

The Pistol (Beretta 92SB 9mm) is a weapon from Blood II: The Chosen that the player starts out with. It has a good rate of fire and acceptable accuracy for close- to mid-range, but does little damage and has poor range. The player can use two at a time, but both fire at the same time and secondary fire cannot be used with two guns. Many mods remedy this oversight.

The original Blood was odd for its time for lacking a standard bullet-firing pistol, which was a first person shooter standard. The closest thing it had was the Flare Gun, which also returns in Blood II. When Blood TC, a fan modification of Blood onto the Doom engine, was created, the Doom pistol was kept. In its successor project ZBlood, the Doom pistol was turned into a more Blood-styled revolver. In the fan made The Flesh Game Caleb wields akimbo Blood II-like pistols, despite it seeming to be set closer to Blood. The "Weapons Mod" for Blood allows you to replace the Tommy Gun with a pistol from PowerSlave.

AMMO TYPE: Bullets
REGULAR FIRE: Fires a single bullet
ALTERNATE FIRE: Switches grip to raised and to the side ("gangsta-style"), increasing rate of fire, but eating up ammo and sacrificing accuracy