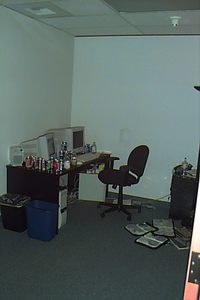 Ben Coleman was a level desinger for Blood II: The Chosen and its The Nightmare Levels expansion pack, as well as working on scripted sequences for the game. He also worked as senior level designer for Alien versus Predator 2, and was a level designer for No One Lives Forever. He met the other Monolith Productions developers via IRC, before being brought in for a six-month internership in October 1997.

On his website he lists Blood II, No One Lives Forever, Aliens Vs. Predator 2, Harry Potter and the Chamber of Secrets, The Lord of the Rings: The Fellowship of the Ring, The Suffering, The Suffering: Ties That Bind (on both of which he worked with Boyd Post), Destroy All Humans 3, X-Men Origins: Wolverine Wii, Where the Wild Things Are, Super Hero Squad Online and Offensive Combat. Coleman attended the University of Washington studying English Literature.