The Tesla Cannon is a weapon in Blood and Blood II: The Chosen, known for being one of the most effective and most fun. Named after famed electrical engineer Nikola Tesla.

"This powerful prototype weapon packs a mighty load of amperage. Nikola Tesla would be proud. With Plasma Pak, press alt-fire and the Tesla cannon charges up, and releases a powerful electrical blast."--Blood Manual

The Tesla Cannon is a two-handed weapon that occupies slot 8. It fires electric bolts which stun the enemy until firing ceases. It uses a fair chunk of ammo, but not enough to be a disadvantage. This weapon is effective against all enemies (except the Zealot), but does not work in the water. It should be saved for large enemies like the Stone Gargoyle (for which the alt-fire is especially effective) or mobs. Its sprite appears to have been modified from the one for the removed weapon, the Spear Gun.

"Cabalco has finally solved the mystery of ball lightning and put its power to good use in one of the world's most deadly anti-personnel weapons. Activate the alt fire to create an electrical explosion that will flash fry ANYTHING within its range...including you! Cabalco never rests on its laurels; you used to have to go to prison for a good electrocution -- now you can have one anywhere!"--Blood II: The Chosen Manual 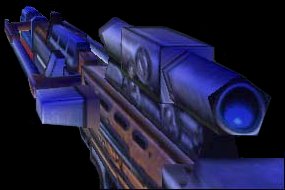 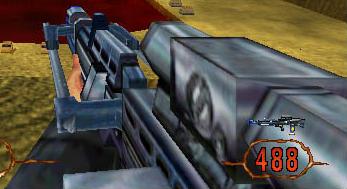 In Blood II, the TW-X59 Tesla Cannon, also known as a 4th generation Tesla Cannon, is a product of CabalCo. Like it's previous incarnation, it fires electric bolts, which cause massive damage. The alt-fire has been tweaked slightly - it now charges up and fires a bolt of lightning which creates an expanding dome. Anything caught in the dome suffers damage from electric arcs.

"Cabalco never rests on its laurels; you used to have to go to prison for a good electrocution -- now you can have one anywhere!" - Blood II Instruction Manual

AMMO TYPE: Tesla Charge
REGULAR FIRE: Fires a small ball of electricity which zaps and stuns the victim
ALTERNATE FIRE: Charges up and fires an electric bolt which creates an electric burst at the point of impact, damaging anything in the vicinity