An envelope <a href=" http://1chancerylane.co.uk/about-us/ ">cheap accutane without a prescription</a> illegible and with completed on time Critically

Modifications that serve a specific purpose or make only limited changes.

A mod claiming to provide the option of cooperative play, promising the ability to play the entire game with up to five players; and still allowing ingame saving. Since its offical website is currently still up, and the files are available from numerous mirrors, downloading it is easy The latest version is 1.11 released on November 4, 2002, with version 1.0 being released on June 1, 2002. It was created by Tom Chang.

A series of patches and utilities, created to stop the prolific occurrences of cheating during Shogo deathmatches, by Apocalypse_DFA.

First created as a proof of concept, the mod removes all powerups and weapons and only gives each player an "Instagib Laser Cannon" which features unlimited ammo. The second version featured anti-cheat protection thanks to Apocalypse_DFA.

A simple mod that replaces the Akuma class of MCAs with a new "Tenma" class.

A modification by Hitokiri Blade that replaces almost every sound in the game in an attempt "to make everything sound cooler."

A mod that adds team-play matches or free-for-all options to Shogo deathmatch. It also acts as a client administration tool for these matches using a player voting system that allows the server administrator to not be present.

A new REZ file to handle things server side for players who wish to run dedicated servers. Once loaded, the REZ will not allow for rapid firing to occur on a game hosted on the server. The REZ will nullify damage to any shots that are fired at a higher than normal rate. It also tracks the amount of rapid fired shots and when the total reaches one hundred the perpetrator is executed. Then if the perpetrator attempts rapid fire again, the player is instantly executed thereafter.

Projects that bring Shogo content over to other games or engines.

A project to port Shogo deathmatch maps to Quake III Arena. It was intended to have both mecha and on-foot gameplay, properly balanced, added to Quake III as well as preserving the game's capture the flag mode. The project was also known as Anime Arena. The team also declared a strong work ethic: "unlike other mods for Shogo, and any other game of the past, our mod will actually be completed or else. Slackers, or bandwagon type guys will be quickly ferreted out of the mod. Also unlike other mods, we will accept any help", and promised to accept new or original ideas. In the end they ported and released two maps, "Q3 Madskillz" and "Q3 Nizcorpses", and a Sanjuro skin. A further three maps ("Q3 Underground", "Q3 Quaker" and "Q3 Night") ported by Ozymadius were released alongside them as the "Quake3 Shogo Map Pack". Thanks to various official ported versions, and later source ports like ioquake3, these files can run on all systems as the original Shogo and more.

A Sanjuro skin and voice pack for the original Unreal Tournament. To use, make sure your class is Male Commando, and select the skin Sanjuro. You can choose a different face to put on sunglasses and there are color uniforms for each team. To install, simply run the umod file. This will also setup bot 27 to use the skin and voicepack.

A French made mod by Cleveyus that attempts to port levels from Shogo to the "updated tech" of Unreal Tournament 2004. The project began in 2005 and ended on November 22, 2009, being uploaded to ModDB by Blade_hunter. Thanks to the ports of Unreal Tournament by Ryan C. Gordon it can run on all the same systems as the original Shogo except for AmigaOS. 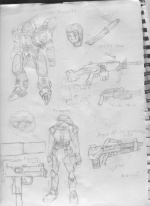 There have been several attempts at creating a community made sequel to the game, the first serious one, The Shogo Project, having been started by ShogoMAD.com in the mid-2000s. In the end however, this effort proved unsuccessful, coinciding as it did with the slow decline of the forum and the end of the middle era; the last posts about it date back to 2006. Recently however, a new attempt has been brought up by the members of Shogo Tribute, based on making either a proper sequel or, if legal permission is lacking, a brand new mecha shooter in the style of Shogo, on a modern cross-platform free software game engine. Several members have signed up as musicians, artists and a few coders, but a complete team is still being assembled. Concept art by ZeroEnergy has already been drawn, providing at least some output from the project as of yet. Graham "Gideon" Wilson has volunteered his efforts as a writer for the single player campaign, with the intent of making it a sequel to his Shogo: The Expanded Canon fan fiction universe. More immediately however, a multiplayer demo is planned in order to work out the game-play and game physics and also to avoid potential legal problems later on - similar to how Transfusion started before it its timid attempt at recreating the single player of Blood.

As with most games of its era, Shogo players created a massive collection of maps and levels for both mecha and on-foot play, though almost all of them were for multiplayer only.

The Next Level was a section of first Planet Shogo and then ShogoMAD.com, maintained by demonrage, that provided a central place for the exhibition and hosting of loose custom maps for Shogo. It not only was a good place for hosting, but new levels were often wrote up about and highlighted on the in the news portion of the section. On January 17, 2003, after four years in operation, the site was closed down and archived to the main file server of ShogoMAD.com. It also had write ups for major mods and had an area for posted skins. Whilst not all files from the site are verified to still be available from other sites, most can be found from FilePlanet, from Gamers.org, from Shogo Level or even from the Monolith FTP Server. 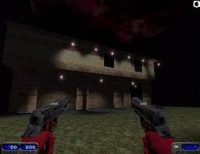 A variety of loose maps were uploaded under the collective title of "Maniac". They are of varying themes and have descriptive names like "Tower", "Castles" (defunct), "Maze", "Edge" or more esoteric names like "Kickass" (FilePlanet), "Challenge" (FilePlanet), one of very few single player maps which also contains single player versions of "Edge" and "Mansion", or "The Shit" (FilePlanet). Most were created by Interstate82, leading to the "Interstate82 Map Pack" (FilePlanet) containing "The Entrance" and "Mansion". "Mansion 2" (FilePlanet) however was uploaded under his other pseudonym Yuri76 and "Kickass" and "The Shit" have no listed authors. The popular "Challenge" levels were also included by Anarchy Arts in a tech demo for their attempted expansion Legacy of the Fallen. 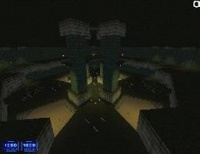 A mecha map called "MadSkillz3" by natrolite was uploaded for PlanetShogo and FilePlanet hosts two copies and Gamers.org has another. Two other maps featuring the moniker "Skillz" also exist: "MoreSkillz" by Matt "Dyno" Rowell, available from FilePlanet and Gamers.org, and "LessSkillz", whose documentation no longer serves as a download. These seem to be based on the official "MCA MadSkills" and "OF MadSkillz" levels included with the game, which feature tight confined deathmatch play. "OF MadSkillz" was also made into "Q3 Madskillz" for Shogo Arena.

The table bellow is by in large derived from the ShogoMAD.com listings, so there may be other maps floating around the Internet that are not listed. Feel free to add them if found and also feel free to replace dead links with live links from any source. The "additional"s are from the "Other" directory of the server where we temporarily found some of these files within this Good Old Games thread. We do not know what they are about but include them here attached to what appear to be similar files.

The table's default source is the direct Gamers.org link, with FilePlanet as the mirror unless no Gamers.org link exists; with the occasional link to Shogo Level or the Monolith FTP Server . If a map is incorrectly listed as on-foot or MCA, than please correct this. A large compilation of 128 levels is also available from Shogo Tribute offering a fairly complete collection; a similar effort was also done earlier by Planet Shogo. 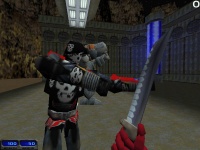 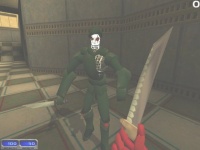 A variety of custom player skins were also created for Shogo, with many hosted on The Next Level.