"Peter Freese is well-known in the industry as a code optimization expert and graphics guru. He is responsible for achieving the best possible performance in 2D and 3D graphics engines. Peter has several published entertainment and educational titles, including Thinkin' Things, Bailey's Book House, and Sammy's Science House for Edmark, as well as The Incredible Toon Machine and Lode Runner: The Legend Continues for Presage/Sierra. More recently, Peter wrote two chapters for More Tricks of the Game Programming Gurus, released by Sams Publishing. Q Studios relies on Peter for his technical and programming expertise, marketing background, and more importantly, his odd sense of humor."--Q Studios website 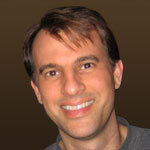 Peter Freese was the technical director for Blood and one of the main founders of Q Studios (originally as Apogee West) in November 1993, which later merged into Monolith Productions before the game's release. He left the project for personal reasons before Blood actually shipped, following soon after the merger of Q Studios into Monolith; his role in Blood II was taken over by Greg Kettell. He has been computer programming for over 30 years, writing his first compiler and graphics library before the age of 15.

Prior to working for Monolith, he worked on the core VGA graphics library and game code of many educational games for Edmark Corporation, most notably Thinkin' Things, where he met many other prominent Blood developers. Before this he was product manager of a suite of database development tools for Pinnacle Publishing, as well as a job for Cinematronics, before eventually leaving in order to enter the game industry. In 1994 he worked as a software engineer for Presage Software, porting the Dynamix title Incredible Toon Machine to Microsoft Windows and contributing to the creation of Lode Runner: The Legend Continues.

Since leaving Monolith, he wrote the graphics engine for Gabriel Knight 3, Sierra Studio’s first fully 3D adventure game. He then worked at Origin Systems on Ultima Online 2, an experience that fixated him on the development of massively multiplayer online games. In 2001 he briefly ran his own company called Ninjaneering as a games contractor. From December 2001 onward he was the technical director for NCsoft North America (Seattle, Washington), working on the shared technology for MMO games such as Auto Assault, Tabula Rasa, City of Heroes, and Lineage II. In July 2005 he co-founded Secret Lair Studios with Nick Newhard to continue his MMO development, before it was acquired by Vivendi Entertainment as Sierra Online in 2006.

In January 2007 he moved to being lead programmer for Hidden Path Entertainment in Bellevue, Washington, working on a never released game for Playstation 3. He also served as the conference director of the Online Game Development Conference (OGDC) from June 2006 to June 2011. At Hidden Path he worked on Counter-Strike: Source and Counter-Strike: Global Offensive (maintaining them for Valve Corporation), as well as Age of Empires II HD Edition, Defense Grid 2 and Borderlands: The Pre-Sequel!. Windborne was his last project, aiming to take "social sandbox creation games to the next level". Since December 2014 he has been working for Unity Technologies as a software architect.

He wrote the "Solving Accuracy Problems in Large World Coordinates" chapter in the book Game Programming Gems 4, among other technical writing work. Peter is an advocate for shared technology. He was educated from 1983 to 1984 at Stockton University and in electrical engineering at Rensselaer Polytechnic Institute.

"Nick was basically the visionary behind the [Blood] project, and he and I had worked at an early educational company called Edmark in the early Nineties... I architectured all the core systems for Blood - basically everything game-related that wasn't handled by Build. I also extended the engine quite a bit - sometimes with Ken [Silverman]'s help. We had some pretty advanced technology in Blood that wasn't in other Build games, like our 3D sound and resource caching systems... I took my leave as we transitioned from Q Studios to Monolith. It helped knowing Monolith was run by friends [with] the backing to bring Blood to fruition."--Peter Freese, 2014