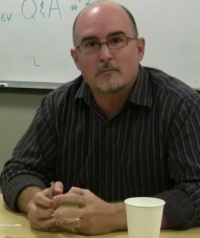 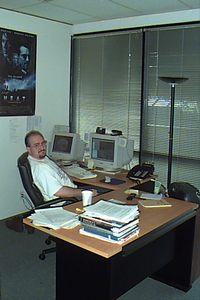 Nathan "DOGMAN" Hendrickson was a writer, level designer, and scripted sequence creator for Blood II: The Chosen, and was also a designer for Shogo: Mobile Armour Divison. He, alongside Eric Kohler, are among the few Monolith Productions employees from that era that remain with the company following the departure of Craig Hubbard in 2013. The Condemned franchise's essential premise is credited to him and Jason Hall, for example, even if the designer for that title was Frank Rooke.

He is presently listed as the Director of Cinematics for the company, in charge of writing, producing and directing CGI cutscenes, trailers and cinematic content. Other Monolith titles on his resume include Tex Atomic's Big Bot Battles, Sanity: Aiken's Artifact, Aliens Versus Predator 2, The Matrix Online, The Lord of the Rings: War in the North (whose developer merged into Monolith after release), Gotham City Impostors, Middle-earth: Shadow of Mordor and the two in-house F.E.A.R. games.

Prior to working for Monolith, he was a writer, producer and director for Lockert, Jackson and Associates, a film and video company specializing in industrial health and safety, where he worked on over 20 hours of original content, winning multiple local and national awards. He received a BA in broadcast communications from Washington State University. Alongside fellow Monolith employee Brian Pamintuan, Hendrickson is now also in charge of Compulsion Films, an independent film production company; having released The Hollow One (2015, formerly The Darker Path). Executive producers on the film include two names seen in the Blood II credits, namely Brian Waite and Mike Dussault.