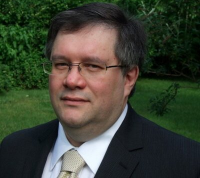 "Matt Saettler is the unsung hero of the [Blood] project, always smoothing the wheels and keeping things on track."--Nick Newhard

Matt Saettler was the product manager and a programmer for Blood and its Plasma Pak expansion, and he was also a business manager for Blood II: The Chosen (described in the credits as a "Suit! Suit! Suit!") and a project manager for LithTech. He was also a producer for the Monolith Productions published titles Rage of Mages 1 & 2, Septerra Core: Legacy of the Creator and Gorky 17; Monolith's publishing efforts closed subsequent to his departure, with a redistribution deal signed with Interplay. He joined the company in July 1996 shortly after the merger with Q Studios and later left in July 1999 hoping for a different pace and more rapid product release cycles.

He was also a producer and programmer on two other titles using the Build engine developed by TNT Team at the behest of GT Interactive and produced by Rick Raymo: NAM (based on the Duke Nukem 3D mod Platoon) and World War II GI, whose CON language additions formed the EDuke engine later spun into the EDuke32 source port that powers the total conversion BloodCM and forms the base for NBlood/Raze and parts of BloodGDX. He also packed the "East Meets West" compilation released in 1998 containing the the full editions of Duke Nukem 3D: Atomic Edition v 1.5 and Shadow Warrior v 1.2, as well as writing the autoruns for Duke Nukem Kill a Ton, Shadow Warrior and Balls of Steel. He is said to possess a copy of the much desired Blood source code, but is unwilling to release it due to legal reasons.

"I'd need written permission on letter head... 1) stating that they are the copyright owner and... 2) they are granting permission for release."--Matt Saettler

He and his wife Lisa Sheets (who is thanked in the Blood credits) run Artspawn Studios which aims to be a "an affordable and local arts resource to Snoqualmie Valley artists and the local community." He has worked for Microsoft, Conexant, RealNetworks, Monolith Productions and BreakAway. At Microsoft he worked in the Multimedia Division and helped write the first multimedia drivers and interfaces for Windows, as well as starting in the CD-ROM Division on Microsoft's first CD-ROM product, Bookshelf™, followed by Programmer's Library, StatPack and Small Business Consultant. He then moved into management positions in the company, something he continued at Conexant. Other games on his resume include Luxor Mobile, The Apprentice Mobile, Seven Wonders Mobile, InSpheration Mobile, Cake Mania Mobile, Exposed: Celeb Trivia, and Cribs Mobile for GameHouse (a subsidiary of RealNetworks), as well as MOSBE and MSOBE JTCTRS for BreakAway. From 2009 to 2016 he worked as a counter operator for Geek Squad at Best Buy Issaquah, and has since worked as a trainer at CaptionCall, a telephone service for the hard of hearing. 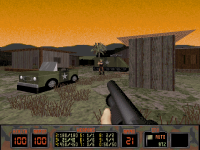 "I was working at Monolith at the time. We had just completed Blood and I was very familiar with the Build engine interface (remember, nobody had source at that time). The publisher for Blood was GT Interactive. I also worked with 3D Realms as they were the original publisher of Blood and then with them through acquiring the rights for Monolith. GT wanted to do other, cheap, games and using the build engine seemed like a natural way to get games out quickly. In addition, there were teams of Mods who were familiar with Duke and willing to work cheaply compared to 'normal' development teams. So GT acquired the permission from 3D Realms for the Duke source and talked to Monolith about doing the work. There were few people left at Monolith who worked on the Blood source in the first place, and I was really the only one available to do the work. First there was Nam (or Napalm in WalMart stores). This was followed by WW2GI. We wanted to do something to make them more than just 'Duke' mods. This meant adding things to CON that could not be done in Duke. And that's how I started the CON enhancements."--Matt Saettler