Difference between revisions of "Howitzer"

"This weapon is basically a portable artillery piece. It fires a large shell at a slow rate of fire that is instantaneous and does massive damage. This weapon requires extreme strength to use."--Blood II: The Chosen Manual 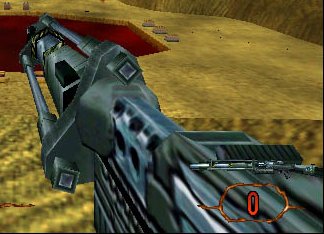 The 50mm Pack Howitzer is a long range explosive weapon in Blood II: The Chosen. It fires explosive shells at long range, that makes a large impact. But its slow rate of fire, rare ammunition, and the fact it causes less damage, both impact and splash, than weapons like the Napalm Launcher, make it less desirable.