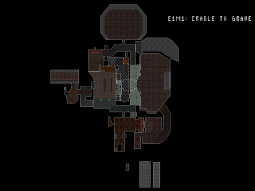 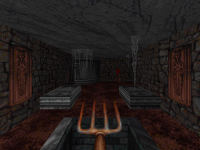 "Jump out of your tomb, moving forward and turning to your right. Open the doors to get outside. Walk down the earthen steps to your right and open the gates. Behind the tomb to your right is a cultist who holds the Skull key. Kill him and get the key. Now, enter the Morningside Cemetery. Keep moving forward until you get to viewing area. Open up the curtains over to your right, and follow the passage to the right of the organ until you get to the crematorium door on the right side of the passage. Enter the crematorium, collect the Dagger key, then continue on down the passage to the Dagger key door. Open it, and jump through the hole in front (and to the right) of you. Push the symbol to end the level."--Baytor's Guide 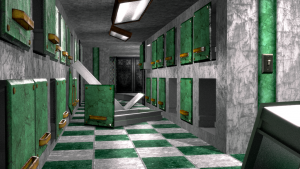