From Blood Wiki
Jump to navigationJump to search
David Wikström 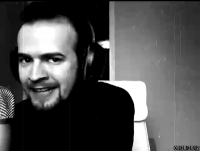 David Wikström (known as Tekedon after Genshi Shonen Ryu, and "David Baystream") is a Bloodite known for his Blood custom maps, as well as his impersonation of Stephan Weyte's voice for Caleb, which features in some of his maps and on his YouTube channel (as well as the fan add-on The Way of Ira); he also made a motion comic based on Blood. All four of his original maps were featured in The Best of Blood.Freeminded.De compilation in 2011 (see "featured" below), while "The Slums" and "Swamp Castle Revisted" feature in episode four of the second volume of Blood Chronicles. A number of his creations were also selected by Krypto in his list of best user made maps.

"Finally another release for the Blood community. This is planned to be in an addon of mine called 'A Bloody Mess'. But.. I have to accept the facts.. If I'm gonna make an addon and release it, it would take years and years to get it done. I don't have much spare time for mapping these days. I'm still planning on making the addon though but I'm also releasing this map as is.. It was a miracle I could get this map done in the relatively short time I did. Let's look at this as a teaser/demo at the moment. I hope you enjoy."--"Count of Wallachia" release notes

A Bloody Mess is a planned full length ("Not sure yet, but right now I'm planning 7 or 8.") add-on for Blood. He initially intended to include his earlier map, "Count of Wallachia", in the add-on but has now decided against it. Owing to the length of development time, he has now started releasing the levels individually to be compiled later.